How to face the new waves of terrorism 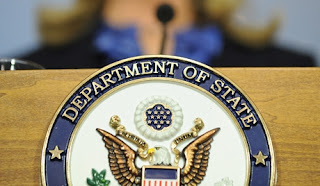 The Bureau of Counterterrorism and Countering Violent Extremism of the US department has recently published its country reports on terrorism 2015.
Focusing on Jordan, the reports insist that Jordan has remained a key U.S. ally in countering terrorism and violent extremist ideology in 2015. Taking into consideration that Jordan has lately become vulnerable to various threats due to its core location in a tumultuous region.
However, the report addresses how Jordan worked to prevent flows of foreign terrorist fighters headed to Syria and Iraq, and how it restricted terrorism financing. The role of Jordan in weakening and confronting the violent ideology was clearly mentioned, King Abdullah’s II efforts, Government, NGOs etc. As a matter of fact, many positive points can be seen in the report, hence; some other points need to be tackled seriously.
The report has highly appreciated the role that Jordanian security systems (GID, JRF, PSD) cooperate and coordinate their work especially regarding issues like border’s security and investigation over non-terrorism law. Nevertheless, the report also indicates that:
“Jordan’s security and intelligence services do not coordinate with one another in all situations, including in terrorism incident response.”
Although, the report doesn’t mention specific cases or the level of this lack of cooperation, this is a point to be considered seriously in any coming revision for security work, and all this due to the increasing challenges and threats coming from the new waves of “non sophisticated terrorism” where any information might be valuable and important to save the country from any brutal incident. On the other hand, this is also a common problem that many countries recently face due to the interconnection of cases that lead to kind of overlapping of powers. For example, many security reports are addressing recently the level of cooperation of many criminal organizations and ISIS. This is one of the examples that show how the different mandates of security systems are meeting.
Another point to address is the issue of Jordan’s anti-extremist strategy, announced in fall 2014. The report says that the strategy “remained under-resourced and unstaffed, however, and Jordan’s leaders are reticent to acknowledge domestic radicalization, including self-radicalization.”
It is really astonishing to discover that such important strategy was delivered to US department of the state without publishing it in Jordan, or even talking about it to the internal promoters of such ideology (local experts and media). At the same time, it is obvious that this strategy is still a theoretical effort that couldn’t unfortunately be implemented in the de radicalization battle where every single day lost is becoming important. Moreover, the report indicates that Jordan continued its efforts to expand its de radicalization process in schools and mosques, but: “these efforts were rarely well-coordinated across government agencies.”
Today, Jordan needs to work more on enhancing the coordination among its political and security institution, but at the same time, it needs a courageous position in pointing the sources of radicalization. This new counter radicalization strategy can never be implemented by a classical mode, or with old way of thinking. It needs new faces who know exactly how to diagnoses the problem and know how to interfere according to a mid- term strategy. Working on this strategy should be far from what the Jordanian political system suffers from, nepotism, cronyism, and favoritism. Therefore, this strategy needs a new spirit that can really transform theories to actions.
Dr. Amer Al Sabaileh