The continuous crisis of the Muslim Brotherhood 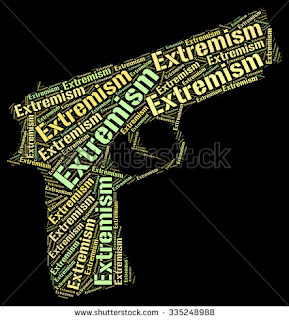 Sectarianism seems to be one of the most risky issues that Arab societies should face in the coming future.  Having a fragmented society based on ethnical and religious criteria is seen as a recipe of chaos. However, the major question today is: How to escape the nightmare of sectarianism?
There are no immediate solutions for the sectarian thinking, yet decision makers should believe that this is a very long and complicated process that needs a serious and concrete prompt initiative.  This should begin by believing that today any glimpse of change is really needed in society. Nevertheless, any initiative should also begin by recognizing the problems within the society and getting out of any state of denial. Signs of sectarianism are apparent in many countries in the Arab region; it roots a sense of psychological divisions that usually anticipates the worst scenario of geographical divisions.
The only valid solution for facing this continuous fragmentation within societies is rebuilding the “Concept of the State” through restructuring a national identity that face the religious, ethnical, tribal, and geographical identities. Fortifying the sense of nation, restoring the state of law and saving pluralism are the only diagnosis to the problem of sectarianism. At the same time, there should be some serious work on the cultural performance of people by raising their awareness and invest more in the social consciousness. This should be conducted through a clear strategy inspired by the need of having an enlightening movement that leads to a cultural revolution. The aim of this Cultural Revolution should be giving people the chance to practice different models of thinking and lifestyle, pushing them to think in a wider prospective so their cultural performance and way of thinking become compatible with the coming challenges that the world is facing with the concept of “Global Citizen.” Otherwise, Limitations on the faculty of mind would lead simply to more fragmentation, more conflicts and less opportunity of peaceful coexistence.
Applying an effective process to face sectarianism does not seem to be easy, but if there is a serious political willingness to do a change, then it is the time to seize any possible opportunity. The first step should focus on building thought movements, as this mission is mostly the work of “Elite minds”. These intellectual movements would put the bases to move to the successive phase of thoughts marketing and transform ideas to concrete actions.  Moreover, the most important thing in this phase is to extricate people from the intimidation that many powerful radical groups are practicing on them.  Menacing people of the “Inferno” is something psychological that represents the incapacity of those groups to deal with changes. Therefore, governments should believe that any change would provoke resistance. Consequently, this should not block the process of change, at least, if there is a real conviction to do changes.
Dr. Amer Al Sabaileh