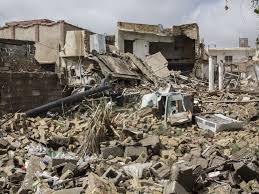 The imminent capture of the city of Raqqa  and Mosul will lead to a crucial struggle with Daesh, a struggle that will enter a new phase where the terrorist groups will try to mount attacks everywhere, even by practicing more brutal terrorism. The idea of the ‘final battle’ promoted by ISIS gave a global dimension to their activities, therefore, even if ISIS losses its territories, more brutal groups might appear. Especially that today the more brutal those groups are, the better they become known. This also puts all aspects of civic life under serious threat, and it will be somehow impossible to secure all vital places, shopping malls, universities, public transportations etc. For example, it is impossible to make an airport secure, unless it is closed. These attacks and threats are damaging tourism and the transport system and at the end it costs almost nothing — one man with a Kalashnikov through a simple act has a very high effect.
These challenges should urge Arab governments to adopt wide-reaching measures to assuage frustration among the region’s youth, so as to block ISIS’s main sources of recruitment since the terror group increases attacks on civilian targets worldwide.
There is a real need to face the problem in various way; ISIS doctrine can be faced just when it becomes violent. There is an urgent need to revise the roots o the problem. For example, Analyzing ISIS doctrine will lead to the origin of the problem. In this context, the issue of the final battle declared by ISIS “Armageddon” represents a good food of thought to see the origin of this vision. Many Arab and Muslim world governments for many years participated in shaping the legend of Armageddon through narrations or curricula books etc, without noticing that this is rooting in the mind of people an idea that can turn on later to a very dangerous issue, the same goes for narrations like those of the conquer of Constantinople and Rome. It is the time to be true and courageous to face the problem and put an end to the sources of the evolution of violence.
The war against ISIS should also include a war against autocracy, corruption, poverty, unemployment,inequality and failure in development.
It is the time that elements of life win over elements of death in people’s life. It is time to make people stop seeing the future in flashbacks because they can’t integrate with the future. They take refuge in the idea of utopia because they think they will go to heaven. Nonetheless, if they could experience in this life, what do they expect in heaven? Would they really still kill themselves to go to heaven?” If they felt appreciated, wouldn’t they see their life as precious? If they have more elements of life in their lives, would they leave life to go to an unknown destiny?
There are some glimmers of hope in some countries, yet what is needed is a global alliance for a cultural revolution that cannot be achieved without a long-term strategy. Moreover, leaders should stop viewing the war against ISIS in terms of the G.W.Bush ‘’war on terror.’ Therefore, the mandate of the new UN secretary general should consider the option of the “Cultural Revolution”. Another idea is that Aid donations should be directed to projects that give life to people, without neglecting the cultural side, art, literature, cinema, sport which are all things that could give hope to change the life of millions of young people and save them from joining terrorist groups as many of their predecessors have.
Dr. Amer Al Sabaileh
Jordan Times