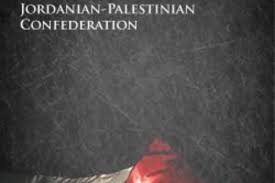 Pessimism becomes the dominant sentiment when it comes to any possible future solution for the peace process between Israelis and Palestinians. The “Two-State solution” seems to fade away, while on a practical level, the Palestinian issue is not anymore the core of attention in the Middle East. However, all the other crisis in the region seem to be interconnected with the Palestinian issue, especially in their consequences such as refugees, borders, security and normalization of ties with Israel.
From a strategic point of view, the most affected  country from the Palestinian issue is Jordan. Historically Jordan has paid the highest price of the consequences of the pending Palestinian crisis on all levels. Still, Jordan seems to face a new old challenge regarding the final solution of the pending peace process. Many analysts believe that the only valid resolution is the so-called “Jordanian option”; perhaps, with some modifications to the old plan of the US former President Ronald Reagan who suggested in 1988 that  a “Self-government by the Palestinians of the West Bank and Gaza would be in association with Jordan and not a separate state.”
Recently, many believe that it is really difficult to achieve a political solution for the Palestinian issue, nevertheless; a kind of practical solution would pass smoothly, particularly if these procedures are meant to facilitate the life of Palestinians specially in three major issues: borders, liberty of movement and security; a dimension where Jordan seems to be an essential part of such facilitation process.
Most of the proposals trying to revive the peace process are skipping the right of return for refugees, and recently they include the recognition of Israel as a Jewish state. Thus basically, such proposals show that any solution would be on the behalf of the countries that should settle the refugees or even expect to have more of them.
On the political side, the Palestinian scene seems to be deeply fragmented. Fatah movement is passing through one of its worst times; many polls expect Hamas to win over in the West bank in any coming election. At the same time, same polls believe that Hamas might lose in Gaza but not leaving it, so the question in mind is what is the expected scenario also for Gaza? Mostly, will any radical movement appear on the scene? Or, would be also a kind of “Transfer” by Gaza’s people toward Jordan?
Jordan should be ready to face the consequences of the failure in the peace process, and it should be cautious not to be the place where the negative impacts and the aftermath of the crisis appear. What Jordan needs today is a strong national strategy to face the coming risks that might threaten the country on all levels, politically and socially. The recognition of the Palestinian state is the first step that should be achieved before dealing with any kind of confederation.
Dr. Amer Al Sabaileh