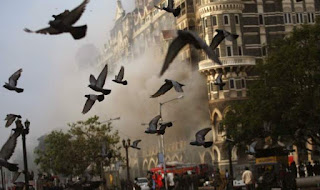 Fighting terrorism is taking a new dimension making of this war an open war and making of all elements of life a potential target. This new open confrontation means that security measurements should go through a restructuring phase, not just on the level of technics but also on the whole concept of security, approach, goal, protagonists and antagonists.
The new style of terrorism is targeting the civil life everywhere, is putting more pressure on all life details, from traveling in public transportations to have some normal cultural activities like attending concerts etc. This simply means that the major target of the new terrorism is making life of people more complicated. At the same time this strategy proves to be so efficient in draining the resources of security systems making of its personnel more and more exhausted. Therefore, time element might be playing in favor of the terrorist doctrine.
Big part of the new terrorist approach is based also on a new style of confrontation “individual Vs security system” which means that a single individual might be able to distract a whole security system, which makes the battle against terrorism today a very hard mission. Therefore,  it is important to adopt a strategy that can involve normal citizens, making of them effective protagonist in facing the new trends of terrorism on level of awareness and collaboration, this should be done under the process of building information-sharing partnerships, which will definitely help in having a full control over the situation as it is impossible for any security system to control all aspects of civic life. Moreover, this new system “Police citizen” can highly protecting critical infrastructure and civic places from attacks.
Although terrorist challenges seem to be global, yet there is a big difference in the style of challenges that different countries are facing. Risks that Arab Countries are facing are somehow different from many of the risks that EU countries are facing; therefore, the approach should not be always the same. It is important also to think individually of an effective approach to face the risks.
EU internal security challenges come from very limited sources of danger, yet it can be so harmful. While many Arab countries are considered a source of breeding for radical ideologies so it would be illogic to deal with the source of problem in EU the way it should be seen in some Arab countries. However recently the EU fighters have contributed in enhancing the level of terrorist tactics from media campaigns, psychological war, and even style of terrorist operations inside the cities. Still, the problem in the EU is not as grave as it is in countries that considered a place where terrorist doctrines are going through phases of serious evolution.
Collaboration and cooperative security are highly important to face the terrorist risks, still, each country should focus on passing its own test and making of its model a successful model to be exported instead of just focusing on slogans of cooperation.
Dr. Amer Al Sabaileh